Artists are coming together to help give refuge for gay and bisexual men in Chechnya, where at least four people are reported to have been killed amongst the 100 suspected queer men rounded up to be detained and tortured in prisons by Chechnyan authorities.

With Head of the Chechnyan Republic, Razman Kadyrov vowing to eliminate gay people from Chechnya by the end of May, several (mostly LGBTQ) artists have come together, contributing work to an exhibition open Tuesday 23rd to Friday 26th May at NSH Arts, Mile End, with all money raised being donated to the Russian LGBT Network. 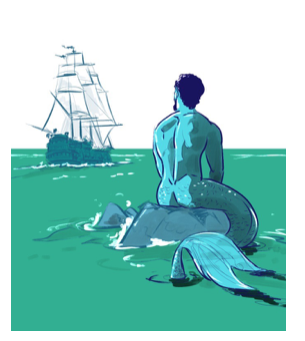 The exhibition is asking artists who care about the treatment of queer people in Chechnya to donate ‘one piece for peace’. Tones range from the iconic to satirical to abstract with over 40 artists donating their paintings, prints, sculptures, zines, and photography.

Photographer and art director Martin Perry has contributed a piece ‘Touch’ capturing abstract portraiture of the male body. Working within queer communities, his work often draws upon diverse experiences to describe the interaction of personal and political experiences. For an exhibition which is all about liberation of sexual identities, he has donated a photo that captures an essence of human form and expression. The mild contrasts focus on the body, and though not explicitly sexual, the subtle gestures captured enlighten a queer nature to the photo; a nature that Chechnya is oppressing, and in that his portrait acts as a form of rebellion and activism against homophobia.

Highly skilled 4D digital artist Boldtron has kindly donated several images of his digitally constructed sculptures. Finding innovative new ways to construct and design, Boldtron has created a series of intriguing and eye-catching work. First appearing as impossible constructions, further inspection of the details in colour and texture reveal it as a digitally rendered object. The intensity of shades and contrast play to the surreal feel, creating an extremely satisfying and atmospheric beast that combine original organic shapes with artificial materials and methods, making you want to reach out and touch the rendered metals, plastics, glasses, stones and ceramics. 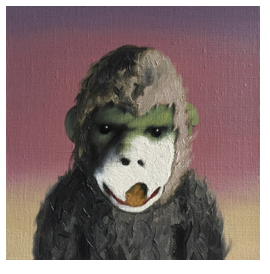 Work has also been donated by artist Peter Jones from his painting series of old stuffed toys. Though worn and unused, the stuffed monkeys painted are kept alive through the twinkle in their eye that brings a nostalgic character to the subjects, despite appearing dilapidated and forgotten. On top of this there is amazing work provided by designer Daniela Attard, East-End charismatic illustrator Paul Bommer, abstract explorer of the human condition Hormazd Narielwalla, prints from Sina Sparrow, and much more.

You are also invited to help the cause by auctioning one piece of your own art on social media under the tag #OnePieceforChechnya. Your art will then be added to the exhibition gallery on Instagram (instagram.com/one.piece.for) once proceeds are donated to the Russian LGBT Network. This is a great opportunity for artists and activists alike to directly make a positive contribution to an on-going crisis while encouraging further dialogue and spreading awareness ahead of Kadyrov’s planned deadline to eliminate the gay community from Chechnya on May 26th. 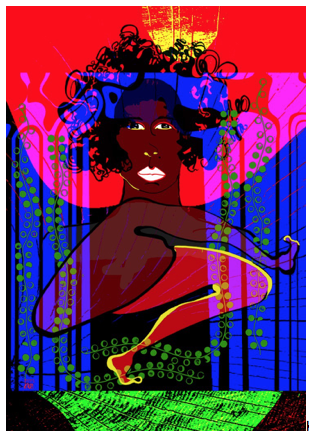 The work of the Russian LGBT Network cannot be underestimated. They have begun evacuating men, with around 40 already being given refuge out of Chechnya, as authorities tell families and parents if they don’t kill their gay children, they will do it themselves. They contacted the Russian LGBT Network though a helpline they set up and through secure emails, giving them someone safe to turn to in an extremely dangerous circumstance. They are making invaluable progress in Chechnya and with constant campaigns to improve the human rights and respect for LGBT people in Russia.

The fight is still on-going however. Most of the men being helped are still in Russia unable to get out of the country, and with the rest of Russia turning a blind eye to Chechnya their security is still under threat.  The Russian LGBT Network is also fighting a diplomatic battle through global negotiations.  The United States has reportedly denied visas to any Russian refugees, despite showing concern for the allegations. Evidently support for these men must be heard clear across the world.

All proceeds of the exhibition and auction will go to the Russian LGBT Network and this funding will help save more Chechnyan queer men from torture and murder. Donate to them here: lgbtnet.org/en/endonate

The collation of extraordinary talent makes this exhibition a must see, but the potential to help others either in attendance or further contribution brings this event together as one of huge value.

For more information and to stay up to date with any developments, attend the facebook event.