Mally Yina is a theatre director and an award winning filmmaker. Her London theatre productions include: ‘Rain in Spain’ for Tarantara Theatre Tribe; ‘Suzana’ and ‘LD’ for Dyspla Festival produced by MSFT;  ‘Mother’ by S.I. Witkiewicz for Te-Art Project, ‘Seven Colours’ for Fold Up Theatre; ‘There’ and ‘Closure’ for The Goats Theatre.

Last year Mally won the Allegro Short Lab competition in Cracow with ‘Where is Harry?’, a 10-minute short film about dementia. She is currently working on a number of short films and as well a short version of “PolinArts…”.  At the beginning of this year, Mally co-founded collective London Visual Arts – LoVArts. During the day time, she works as a lecturer at a London college. 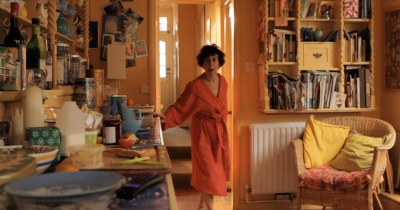